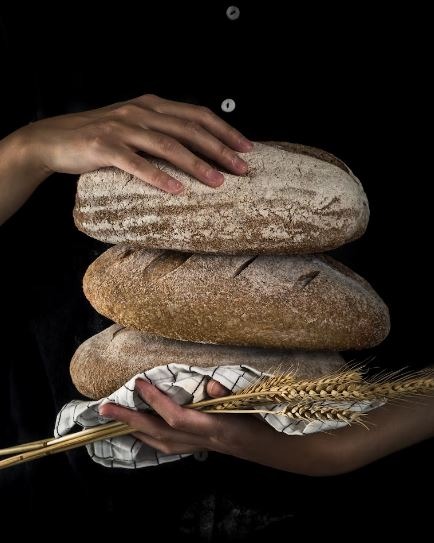 According to Selvi Rajagopal, M.D., M.P.H., Assistant Professor of Medicine at The Johns Hopkins University School of Medicine, “gluten is a protein found in the wheat plant and some other grains.” The most widely consumed grain that contains gluten is by far wheat. Rye, barley, and triticale are additional sources of gluten in addition to wheat (a cross between rye and barley). Oats can occasionally contain it, but only if they were processed with other foods that did. Gluten doesn’t exist in oats by themselves. Gluten is a protein that occurs naturally, but it may also be concentrated, extracted, and added to food and other items to give them flavor, texture, and protein.

Additionally, it serves as a binder to bind and mold processed meals. The gluten proteins in flour combine with the water to create a web of stickiness that resembles glue. The dough is elastic due to this glue-like quality, which also allows bread to rise when baking. Additionally, it has a satisfyingly chewy texture.

The two primary proteins in gluten are glutenin and gliadin. The majority of gluten’s harmful health consequences are caused by gliadin. Digestive enzymes in humans aid in the breakdown of meals. The enzyme classified as protease helps in the body’s processing of proteins but is ineffective against gluten. Gluten that is not digested travels to the small intestine. Most people have no issues handling gluten that has not been digested. However, for some individuals, gluten might cause a severe autoimmune reaction or other uncomfortable symptoms.

What is Gluten Free Bread?

Amazingly few materials are required to produce traditional breads: typically flour, water, yeast, and salt. That’s it! You can make baguettes, rolls, sourdoughs, loaf breads, heck, even soft pretzels, with just just four ingredients! These breads work because of the protein gluten. Gluten functions like culinary glue when it is “activated” in the presence of water and motion (such as when you are kneading dough). But what about breads made without gluten? Without any adhesive, how does a gluten-free bagel stay together?

Rice, almond, buckwheat, chickpea, sorghum, quinoa, and millet are just a few of the grains and legumes that are used to make gluten-free breads. To replace gluten and serve as a binder to hold all those ingredients together, you must add something. Nature has given us many ways to accomplish this, which can typically be divided into two categories: starches and gums. Common gums found in gluten-free breads include xanthan gum and/or guar gum. While common starches found in gluten-free breads include corn, tapioca, arrowroot, and/or potato. Because each one reacts somewhat differently, gluten-free bakers frequently combine both flour and starches/gums to create their goods. But ultimately, they behave like gluten when combined, which is how gluten-free bread works. A very interesting 2021 research publication by Monteiro et. al. can be found here which according to their abstract “aims to perform a systematic review on gluten-free bread formulations using specific volumes as a quality indicator.”

What are the Benefits of opting for Gluten Free Bread? 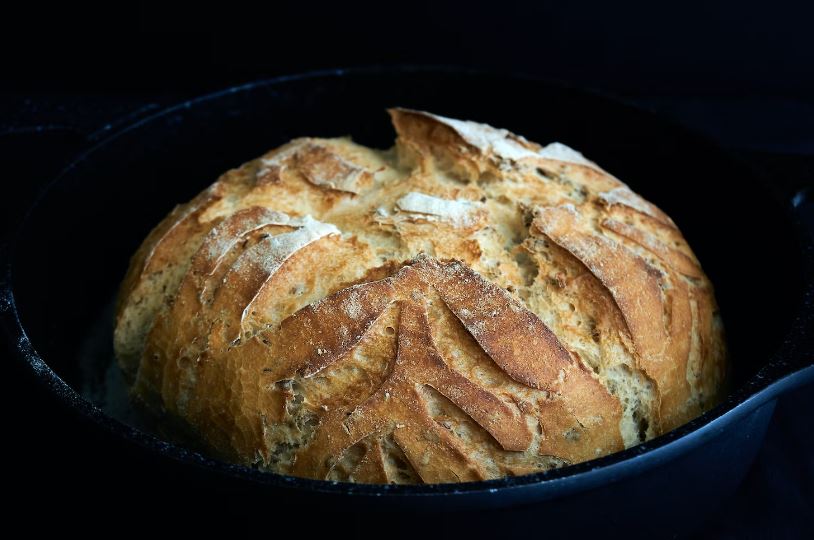 The autoimmune condition celiac disease has a genetic component, which means it runs in families. Any sort of protein derived from wheat, rye, barley, or oats cannot be tolerated by those who have celiac disease. Since there is no cure and dietary restrictions are the only option, it is a serious problem.

Since many processed convenience items include gluten, a gluten-free lifestyle includes careful label reading. Consumers with Celiac illness can now eat delicious bread without worrying about how it would damage their digestion.

People who are intolerant to gluten may have uncomfortable symptoms including bloating, cramps, and gas as a result of trying to digest foods containing gluten, including the development of scar tissue and delayed stomach emptying.

Gluten-free bread uses other sources of ingredients to provide texture and flavor since it cannot be prepared from inferior, commercially bleached wheat flour.

Whole rice flour, xanthan gum, and flaxseed meal, for instance, are frequently used in gluten-free bread recipes. Gluten-free bread is a good supplement to the diet because the majority of those who are intolerant to gluten don’t get enough nutritional fiber.

When purchasing a loaf of gluten-free bread, it must be fairly recent. Some supermarkets will freeze or chill gluten-free bread to guarantee that the customer receives a fresh loaf. The bread will be flavorful and moist.

Additional healthy benefits from opting for a gluten free diet are the following:

Those who are sensitive to gluten frequently experience persistent fatigue. This is because eating gluten-containing foods harms their intestines, which prevents them from absorbing many nutrients, including iron. Anemia brought on by this iron deficit causes crippling fatigue and exercise intolerance. By making the switch to a gluten-free diet, you’ll give your intestines a chance to heal, which will increase your energy levels and restore nutrient absorption.

Diarrhea, bloating, gas, and exhaustion are some of the symptoms of celiac disease and gluten intolerance. Because these symptoms can seem nonspecific, the ailment may go misdiagnosed for years. Nutritional deficits and, frequently, significant and uncontrolled weight loss are the results of this. You can restore lost weight and get rid of these nutritional deficiencies by following a gluten-free diet.

Due to nutritional malabsorption, people with undiagnosed celiac disease frequently experience severe calcium shortages. The risk of bone conditions including osteoporosis and osteopenia is exacerbated by this calcium malabsorption. However, scientists discovered that the bone mineral density of celiac patients who avoided gluten significantly increased.

Undiagnosed cases of celiac disease or gluten intolerance increase the chance of developing rashes, such as eczema and psoriasis. Consuming no gluten can help you have healthier skin overall and even get rid of these skin issues.

Nutritional deficits that lead to hair loss have been related to celiac disease and gluten intolerance. Beginning a gluten-free diet can assist in reversing this type of hair loss, improving hair texture, and increasing hair density.

However, before beginning a gluten-free diet, a person should always seek medical advice for a lack of fiber, calories, and B-vitamins may result from eliminating gluten-containing goods without effectively substituting them with other carbohydrates in the diet.