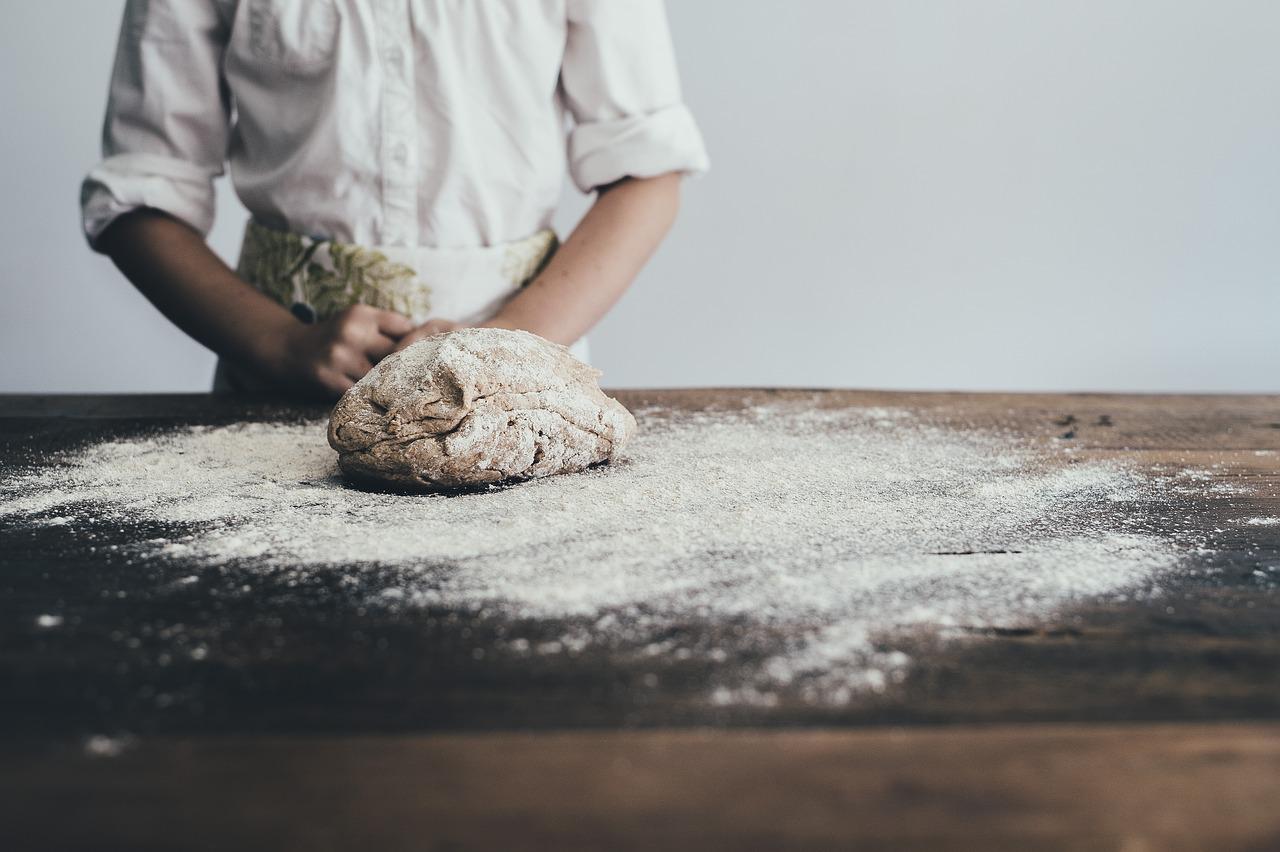 Flour is a common ingredient in food production, including pastries, desserts and noodles. It is a structure-forming thickener in different food preparation—commercial flours made from white or wheat flour.

Gluten-free flour is a term used for flours that contain non-gluten components. This type of flour available in the market came in different combinations. Products may typically contain rice flour, potato starch, buckwheat flour and others that may serve as a foundation for non-gluten flour mixture. It is free of wheat which is the standard element of gluten flour.

Gluten, a protein family, found in grains, serves with adhesive properties, making a chewy texture and allowing bread to improve its density during baking. Its absence may change the flour’s technological characteristics in making bakery products.

Mainly, gluten is stable even in heat, can act as a binding agent, and is used as a preservative in processed foods for improved texture, flavor and moisture-retention. However, gluten-free products do not have the elasticity needed and produce more density, thus needing other grain mixtures to attain the consistency of a dough. It may now serve the same purpose as wheat flour.

Common Gluten-free Flours in the Market 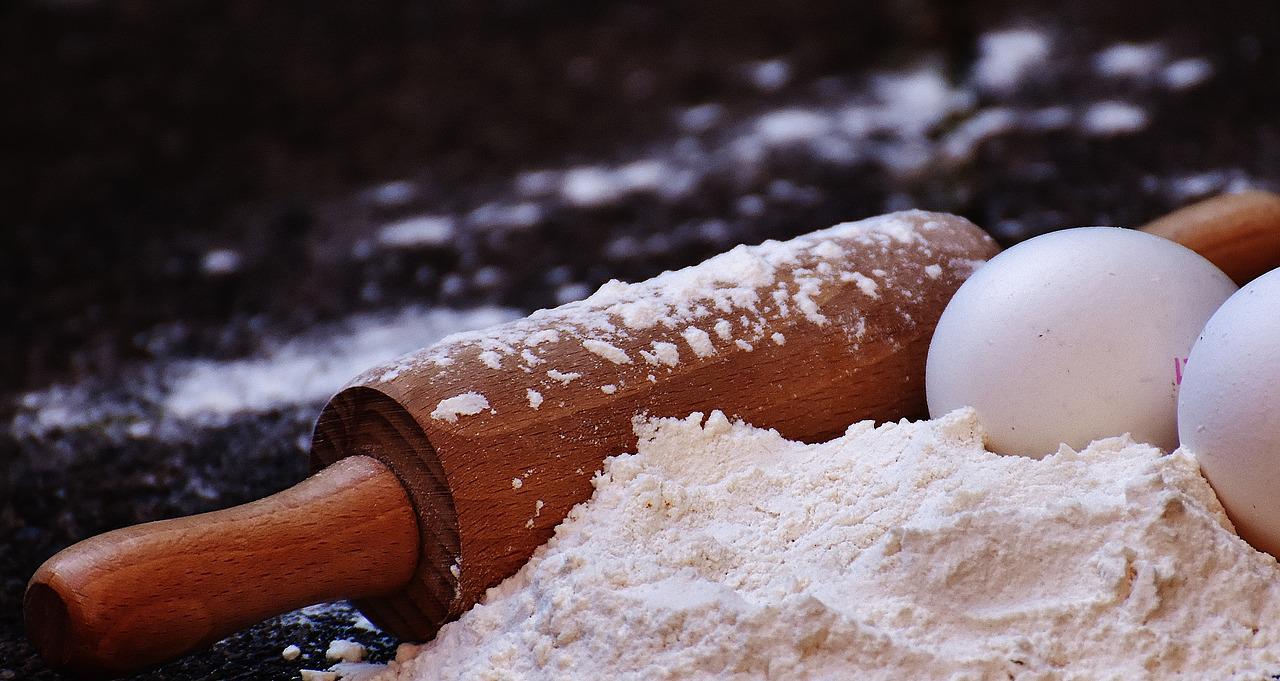 Mainly, almond flour is from grains of almond. Almonds need to undergo blanching in boiling water to remove their skin structure. Eventually, the grains will undergo sifting and grinding. It has a nutty flavor property and can be good in pastry products as it becomes an alternative for breadcrumbs.

Almond flour contains nutritional contents such as minerals, including iron, magnesium, calcium, potassium and many more. It can serve as an alternate for wheat flour. However, the fat content may be higher than the wheat flour.

Buckwheat flour belongs to pseudocereals used in the same manner as cereals. Despite its name, buckwheat doesn’t contain wheat and is gluten-free. It became popular among many health advocates as it contains high minerals and antioxidants. Additionally, it may help in the body’s sugar regulation.

Brown rice flour is a whole-grain flour made from ground brown rice. It is a popular choice due to its gritty and light consistency. It has a nutty flavor added to thicken sauces or prepared for breaded food such as fish and chicken. Noodles are among the popular end products using brown rice flour and other non-gluten flours.

This flour is helpful to consumers with high sugar levels as it is high in protein and fiber. Reducing body weight can also be a benefit of using brown rice flour.

Oat gives baked products a chewier texture and is more flavorful than all-purpose flour. Its component will also add moisture to products. Oats are rich in soluble fiber that can help lower bad cholesterol. It also helps in retaining blood sugar and insulin level. Oats can easily be contaminated. There is a need for a careful selection of products and flour combinations.

Corn flour can is combined with other gluten-free flour to make pizza crust. It comes in different color varieties like white and yellow. Since corn flour is a thickening agent, it can be used for pastries like bread. Corn flour is high in fiber and antioxidants that can benefit eye health by reducing cataract risk. Since corn came from a different type of grass family, it is different from wheat, barley and rye, which are all gluten-rich.

Coconut flour is made from coconut meat, dried and yields a lighter texture, the same as regular flour. It absorbs more water compared to ordinary flour or almond flour. Coconut flour helps reduces bad cholesterol and contains fiber that helps maintain healthy blood sugar levels. For those with gluten and nut allergies, coconut flour is a better alternative.

Low in nutrients, tapioca flour is a good grain for thickening soup, sauces and pies. Its resistant starch content is a fiber good for digestion and insulin level control. Tapioca flour is suitable for bread recipes combined with other gluten-free flour.

Cassava flour is gluten, nut and grain-free, made by grating and drying the whole cassava root. It is most likely similar to regular white flour serving as an all-purpose flour in different recipes. Cassava flour has a neutral flavor that is easily digestible. It has the same quality as tapioca flour of resistant starch, which has digestive benefits. Since cassava flour can stand alone as the main flour ingredient, it is lesser in contamination.

Tigernut is rich in nutrients while offering an easy substitute for white flour in baked products. It has a sweet and nutty flavor that works better in baking. Since it is naturally sweet, adding sugar will be less considered. Slightly coarser than regular flour, it will give more texture.

Wheat flour is used in baking as it is cheaper and widely available. Essentially, its gluten property provides components needed for baked products. However, for those opting for a healthier option, there are many health benefits to using gluten-free flour, which can be an alternative to regular or wheat flour. It contains more nutrients making it a healthier choice for one’s diet meal plan.

Using non-gluten flour requires more adjustments to combining other flour products to create a better and tastier recipe since this type of flour does not have the elasticity property needed. While others choose gluten-free products due to existing allergies and medical conditions, others choose this type of flour to reduce gluten consumption for a healthier lifestyle.