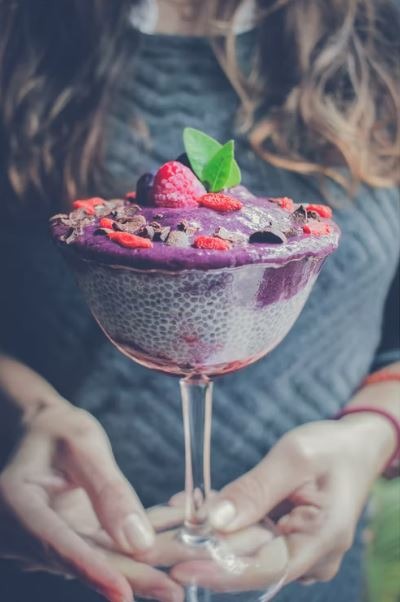 What Exactly Is Gluten?

Gluten refers to the proteins found in grains such as wheat, rye, and barley. Gluten, according to the Celiac Disease Foundation, acts as a glue that holds foods together and helps them maintain their shape. It can be found in a wide variety of foods, including some that you might not expect even in Shortbread Jam Cookies. Because of celiac disease, many people choose to eat a gluten-free diet. Celiac disease is an autoimmune disorder in which the body incorrectly perceives gluten as a poison. When a person with celiac disease eats gluten, the immune system attacks the part of the small intestine that absorbs nutrients. This malabsorption can cause serious health problems.

Depending on the ingredients and processing method, ice cream can be gluten-free. Single-flavor ice creams like strawberry, vanilla, chocolate, and coffee are frequently gluten-free. However, keep an eye out for gluten-containing additives, starches, or flavorings. Furthermore, ice cream is susceptible to cross-contamination during the manufacturing process or in an ice cream shop or restaurant. Spoons, scoops, and even soft serve machines can come into contact with a gluten-containing flavor before being used on a “gluten-free” order. Before being served your order, request that your ice cream scoop be cleaned or that a new scoop be used. Even for “safe” flavors like vanilla and chocolate, it’s best to ask before ordering at an ice cream shop.

While store-bought varieties list their ingredients, you may need to contact the company if you have questions about flavorings or additives, especially if the product does not say gluten-free. If you enjoy ice cream you have most likely ordered an ice cream cone at some point. Naturally, they’re a part of the full ice cream shop experience: pick a cone, pick a flavor, and enjoy your cold sweet treat. If you eat a gluten-free diet for health or other reasons, you know how important it is to scrutinize every ingredient you consume. Knowing where gluten can be found in foods will help you avoid them. 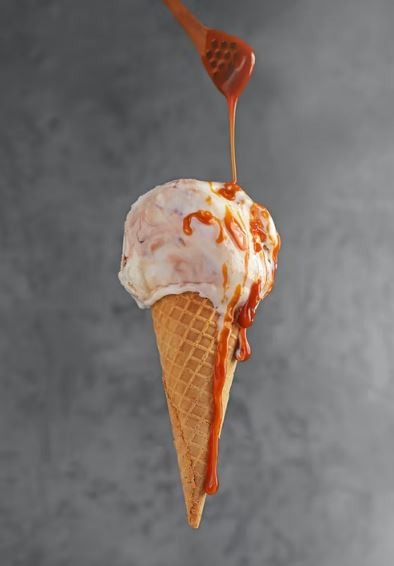 The best way to ensure that the ice cream you choose is gluten-free and has not been exposed to cross-contamination is to buy gluten-free certified brands like:

This well-known Vermont chain does not offer a gluten-free menu. Instead, Ben & Jerry’s will list any wheat, flour, barley, oats, rye, or malt-containing ingredients on the product label. The company also works with its suppliers to verify all ingredients, including packaging suppliers.

Many popular Breyers flavors, such as Natural Vanilla, Chocolate, Cherry Vanilla and Butter Pecan, and Chocolate Peanut Butter, as well as two gelato flavors, are labeled “gluten-free” by Breyer’s (Salted Caramel Truffle and Chocolate Fudge Truffle). Breyers gluten-free products are tested to ensure they contain less than 20 parts per million of gluten, the gluten-free standard set by the United States. FDA stands for Food and Drug Administration.

Almost all Dove ice cream flavors are gluten-free, with the exception of Vanilla with Fudge Brownies. Dove is a Mars Chocolate subsidiary that will disclose any gluten ingredients or cross-contamination risks. They also make gluten-free confections.

The two companies, which sell the same products, don’t label any of their flavors as “gluten-free,” but they do promise to list all gluten-containing ingredients on the label. “Typically, the gluten in our frozen dessert products comes from added bakery products like cookies, cake, or brownies,” according to the company, “but some Edy’s flavors have gluten from non-bakery products.”

“Gluten in our frozen dessert products is generally only present in added bakery products such as cookies, cake, or brownies,” according to Häagen-Dazs. As a result, avoid them. Crème Brulée, Pineapple Coconut, Pistachio, and White Chocolate Raspberry Truffle are among the flavors that the company considers safe (to 20 parts per million), as well as more traditional options like Chocolate and Vanilla.

Many of the flavors in this gourmet gelato and sorbet line, which includes Mediterranean Mint, Alphonso Mango, and Blood Orange, are gluten-free.

How To Choose A Gluten-Free Ice Cream?

You may have heard that wheat is used as a filler or thickener in many ice cream brands, including “homemade” ice cream sold in ice cream parlors. It turns out that this doesn’t happen very often. However, many ice cream companies list obvious gluten ingredients on their labels for some of their flavors. On the grocery store shelves, you’ll find everything from Cookies & Cream to Brownie Sundae and Chocolate Chip Cookie Dough, and in most cases but not all.

Gluten-based ingredients will often be obvious in ice cream as previously mentioned, flavors like “Brownie Sundae” and “Cookie Dough” should be avoided, even if not everything with a name that sounds gluten-y will contain those ingredients. Gluten can appear in your favorite dessert such as, cakes with citrus cream cheese frosting and  even if wheat, barley, or rye aren’t typically used in ice cream recipes. As a result, it’s critical to read the label and only buy certified gluten-free ice cream. You have a lot of options when it comes to gluten-free brands.