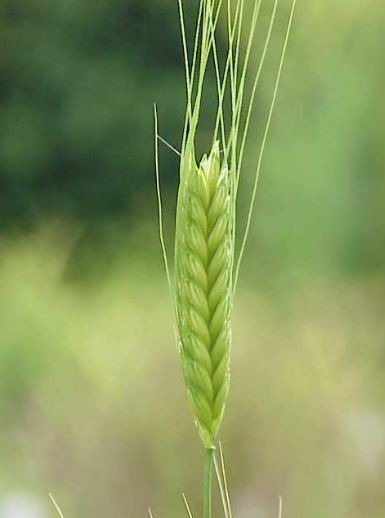 You may feel crampy, bloated, and gassy after eating gluten if you’re sensitive to gluten. The symptoms of coeliac/celiac disease, on the other hand, can be significantly more severe. A gluten test kit for the home can help you determine whether or not gluten is the primary source of your symptoms, even while your symptoms may result from other medical problems or issues, such as other food allergies. Celiac disease is a genetically predisposed autoimmune illness where gluten causes minor intestine damage. 1 in 100 people globally is affected. When persons with celiac disease eat gluten, their body assaults the small intestine. These attacks harm the small intestine’s villi, which absorb nutrients. Damaged villi prevent proper nutrient absorption. People with celiac disease must avoid gluten. Gluten is the protein commonly present in wheat, rye, barley, and triticale, a wheat-rye hybrid. Gluten is a protein that helps foods keep their structure and functions as a glue that binds food together. It is found in many different foods, even some that might be surprising to find it.

If you are one of those 100, who has Celiac or someone who practiced a gluten-free diet, you’ve probably yearned for a means to test your meal for gluten before you ate it. You may buy gluten test kits and equipment that, when used properly, will inform you if a product contains gluten. However, these testing methods are expensive, but they also can generate false positives, showing that a product has gluten when it does not and false negatives saying that food does not contain gluten when it does contain gluten. 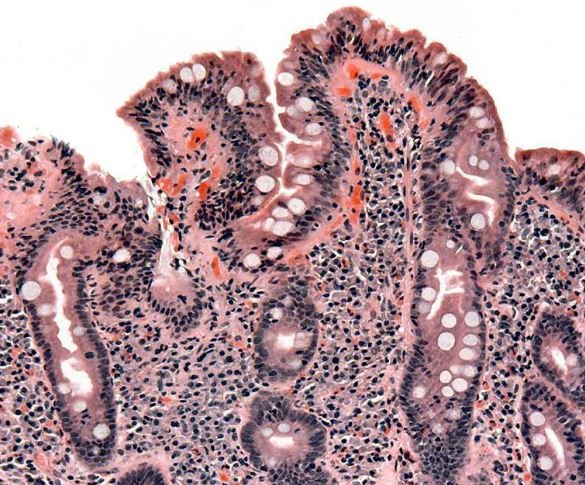 Here is a list of gluten test kits that may be helpful.

GlutenTox Home is comparable to but more sophisticated than EZ Gluten in the process of testing. To begin, finely pulverize your sample. Second, add your sample to the extraction vial and shake for two minutes. Third, use a dropper to transfer fluid from extraction to dilution vial. Fourth, gently shake the vial for 15 seconds. Fifth, use a new dropper to drip five or six droplets of the vial’s cap. Sixth, dip a test strip in the solution. You wait 10 minutes to view the test strip result. It takes about 20 minutes.

GlutenTox strips are easier to read than EZ Gluten strips. A blue control line shows that the test is working, and a pink positive result line appears if the sample contains gluten. If there’s more gluten, the pink cable will be darker. A magnifying lens might help spot faint positive test results.

The Pros and Cons of Using GlutenTox Home Test Kits

The critical advantage of GlutenTox Home is it is considerably more sensitive to trace gluten than EZ Gluten and Nima. Its downsides, however, include testing difficulty; it’s more complicated to use than Nima and involves a more thorough method than EZ Gluten. Like EZ Gluten, you’re unlikely to bring out a test kit and grind up your dinner roll in a restaurant or friend’s kitchen. GlutenTox Home may find food products with little or no detectable gluten for those sensitive to it. It tests surfaces. GlutenTox Home tests are pricey like Nima and EZ Gluten.

The EZ Gluten Test is a straightforward tool that can identify the presence of gluten in a variety of foods and drinks in a short amount of time; it can detect ten parts per million gluten. This straightforward test is sensitive and reliable enough to be used in the food production industry. Yet, it is small and portable enough to be used in restaurants or when traveling. The AOAC Research Institute validated and certified EZ Gluten as an effective method for detecting gluten in various foods and environmental surfaces.

The use of the test kits requires some effort on the user’s part. First, ground up the food sample to a fine consistency. This step is necessary because it will help disperse any gluten contamination throughout the sample that is being tested, which will make it easier to identify. The second step is to place the sample into a tiny tube containing a liquid solution and thoroughly combine the two. After that, you take a test tube and add a few drops of the combination. The fourth step is to insert the test strip that comes with the kit into the test tube and then wait for it to absorb the solution. And finally, step five involves waiting ten minutes before examining the test strip results.

However, to correctly interpret the test strip results, some experience is required. Even though the strip of the text appears a little bit like a pregnancy test, it has three lines on it, and different combinations of these lines signify different results. These results range from “negative” to “high positive” to “very high positive.” There is a result that indicates that the test was invalid. Moreover, the kit shows an extremely weak positive outcome; a magnifying glass may be necessary. Using sterile test swabs, you can also use the test kits to test for gluten cross-contamination on surfaces.

The Pros and Cons of Using EZ Gluten Test

The primary advantage of using EZ Gluten is that it is sensitive to smaller quantities of trace gluten. EZ Gluten can help you pinpoint a reaction or identify products with lower gluten levels below the legal minimum of 20 ppm allowed in gluten-free products. However, the test strips do have a few downsides that you should be aware of. To begin, they are pretty pricey, much like Nima. On the company’s website,  one can purchase two packs for roughly $25, and a box of 25 test kits is approximately $262. Second, using them is rather complicated; it’s unlikely you’d take out a test kit in a restaurant and start testing right away. Your food would have gotten cold before you finished testing it because the procedure takes about 15 minutes to complete. However, you could undoubtedly test takeout foods at home. In addition, carrying out and analyzing the results of these tests requires a certain amount of prior knowledge and training. EZ Gluten is more comfortable to be used at home, on a kitchen counter, or table to assist you in identifying gluten-free products. To be safe, You can use a test kit to see if a sauce with no gluten components is gluten-free diet (down to the testing limits of 10 parts per million).

The Nima gluten tester is a battery-operated and rechargeable device that is so compact it can be carried in your purse or pocket. To use it, load it with a one-time-use disposable testing capsule, insert a sizeable crumb-sized food sample, and wait around 3 minutes. As soon as the little device has finished its work, the display will light up and either a happy face indicating the food does not contain gluten or a wheat icon with the text “gluten found.” Nima can test practically any form of food, including baked foods, fried dishes, soups, sauces, and desserts. You also can synchronize the tester with your iOS device, which enables you to evaluate the results of your tests and add them to a database of user-submitted test results.

Most individuals wouldn’t hesitate to utilize Nima in a restaurant and understand its results. No doubt it would save you if your server unintentionally served you gluten-containing chocolate cake or barley soup. The Nima is groundbreaking, and indeed the manufacturer deserves recognition for addressing a tough challenge in a user-friendly way. However, Nima has some drawbacks.

Primarily it is costly to utilize. The device comes with three disposable capsules, a micro-USB cord, and a carrying pouch for $279. That gives you the materials to test three dishes for gluten but remember, if your restaurant dinner consists of soup, entree, side dish, and dessert, you’ll need one capsule. Nima provides 12-capsule packages for $75 or a monthly capsule subscription for $60 (12 capsules mailed every other month) to $120. Secondly, Nima only checks food for less than 20 parts per million gluten, which is the legal limit. Nima will still show a smiley face if the food has a small amount of gluten but is still below the legal limit set by the U.S. Food and Drug Administration. . However, many individuals in the gluten-free community have found that they are sensitive to even a very small amount of gluten, below 20 parts per million. Nima may not function for you if you’re one of them since it can’t detect gluten below 20 parts per million.

Thirdly, the device won’t necessarily be able to detect inconsistent gluten cross-contamination in food products either. Cross-contamination happens when, for example, a crouton crumb falls into green beans while being prepared in the restaurant’s kitchen; the crouton will only be identified if it was present in the sample of green beans that you tested in Nima. The device may give a false sense of security. However, it may be a practical purchase for those who travel and eat out often and are not sensitive to trace gluten. Also, for those who have celiac disease but don’t have a visible sensitivity to gluten, it could help them avoid dangerous foods. Nima is probably not worth it for those who eat out very infrequently or those who have an extreme sensitivity even to trace amounts of gluten.

Gluten testing can help you eliminate potentially harmful foods. It’s no alternative for talking to restaurant managers and chefs, picking groceries correctly, and avoiding awkward situations at meals with friends and relatives. Nima, EZ Gluten, and GlutenTox Home are good gluten-testing options. Nima is easy to use, while GlutenTox Home detects low quantities of gluten. EZ Gluten has decent sensitivity and a more straightforward testing process than GlutenTox Home. Your choice depends on testing priorities.