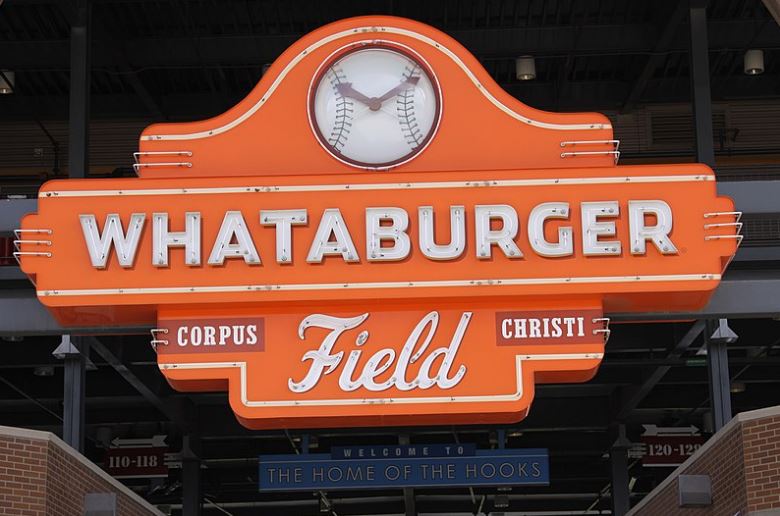 Whataburger just like any American burger chain, has withstood and remained strong since its inception over 70 years ago. This hamburger joint is known for its unique classic A-framed building and iconic orange and white color scheme inspired by its founder’s love of flight. Their logo, the Flying “W,” is a symbol of delicious burgers. The first Whataburger restaurant was a portable building in Corpus Christi, Ayers Street, Texas, opened in August 1950 and was founded by Harmon Dobson and Paul Burton. This famous Whataburger first sold for only 25 cents. On the first day of business, the restaurant’s total sales were $ 50, and four days after, it increased to $ 141.80, selling 551 burgers, indicating Whataburger’s success. The Burton-Dobson partnership lasted only a year, but they split and due to a disagreement over the price of burgers. This disagreement resulted to split ownership of the Burton franchise in San Antonio and the Dobson franchise in Corpus Christi. What sets the Whataburger apart from the standard burgers on the market is that it’s a 5-inch bread instead of the usual 2½; made of 100% fresh beef patties and fresh vegetables, and burgers are served fresh to their customers.

From 1960 to 1970, Whataburger has become as successful as its founder. Numerous franchises have emerged throughout Texas, Florida, and Tennessee. Despite the death of its founder Harmon Dobson in a plane crash in April 1967, the restaurants continued to prosper, doubling sales and serving as a franchisor for more than 100 restaurants across the state. Meanwhile, Burton continued as the operator of Whataburger until he died in 1970. Still, Dobson continued the Whataburger business, with Harmon Dobson’s widow Grace Dobson in charge of the fast-growing burger restaurant. With the leadership of Mrs. Dobson, Whataburger continues to grow in the hamburger industry, opening its 200th store in 1977. Like all other stores, the restaurant expanded its menu and began serving breakfast meals in 1979. Whataburger has grown, and by 1982, all stores were open 24 hours a day. As the restaurant continued to grow in the food industry, people observed that it seemed to move away from its core product, Whataburger.

The company continued to grow over time. In 1993, Tom Dobson was elected as the new CEO. Tom Dobson has faced challenges ranging from legal matters to declining sales, distributing supplier rebates, and restructuring the company. People like Joe Andrews believed that the company had lost its core product, The Whataburger, and its value as a family-oriented company. The new management has successfully surpassed these challenges and continued its legacy of serving freshly ordered dishes in a cozy atmosphere at a reasonable price that sets it apart from the mega-chain. Tom Dobson strengthened the marketing strategy and achieved the long-awaited change. And in 1995, it celebrated a new milestone when it opened its 500th store. As it continued to grow, its menu has been improved; it now includes unique items such as “Whatameal,” featuring cookies, biscuits, and chicken strips. On May 6, 1999, they opened the largest Whataburger By The Bay on Corpus Christi’s Shoreline Drive. It occupies an area of ​​6,000 square meters. On August 8, 2000, Whataburger celebrated its 50th anniversary. As of 2007, it has more than 700 branches, 22,500 employees, and annual sales of nearly $ 1 billion. Whataburger has grown to become the 8th largest hamburger chain in the country.

The Hurricane Takes a Whataburger Bite (2008 to Present)

When Hurricane Ike wreaked havoc on Texas, it destroyed lives and businesses, including the world-famous Whataburger Company. As a result of this traumatic event, the corporation relocated its headquarters to San Antonio. After carefully evaluating costs, pooling possible employees, and hurricane protection., the company relocated to 300 Concord Plaza Drive in San Antonio, a 140,000-square-foot (13,000-m) building. The office was conveniently located near homes, schools, and the San Antonio International Airport. With the move from its long-standing Corpus Christi headquarters, it has brought 60 percent of its employee from the old office. By the end of 2011, the company had 728 locations in 10 states. The Dobson family-controlled 611, and the remaining 117 are owned and run by about 25 franchisees. In 2018, Whataburger placed 31st on Technomic’s report, with a 2.4 billion dollar revenue and 830 locations.

Whataburger decided to take a significant leap in its franchising campaign in June 2019, when it formed a partnership with BDT Capital Partners. This merchant bank invests in family and founder-led businesses. In August 2019, the Dobsons stepped down as CEO of Whataburger, and Ed Nelson was named as the new CEO. The company has grown in the Midwest during Nelson’s leadership, including a new site in Kansas. Eight branches in Middle Tennessee opened in Hermitage on January 5, 2022, and Whataburger announced in March 2022 that eight restaurants would open in Metro Atlanta, Georgia, in 2022 and 2023. In Kennesaw, GA, a grand opening took place on April 6, 2022.

The long history of Whataburger has become part of the household of Texas; it has grown with every Texan as the restaurant has become part of all family’s traditions and successes. The restaurant was able to keep a hundred loyal customers. Its success is attributable to its good service, serving people fresh and healthy food that is within the budget food.