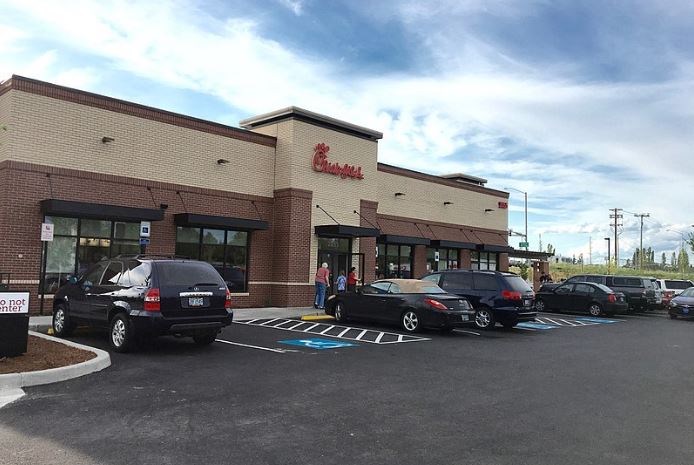 Chick-fil-A operates 2,815 restaurants, mainly in the United States, with locations in 47 states, the District of Columbia, and Puerto Rico. Chick-fil-A also offers customers catered selections from its menu for special events.

In 1946, Truett Cathy, the chain’s former chairman and CEO, opened a tiny diner called the Dwarf Grill (now the Dwarf House) in Hapeville, Georgia, a suburb of Atlanta. In this diner, Truett developed the signature Original Chick-fil-A® Chicken Sandwich and the quality service for which the family-owned business is known. 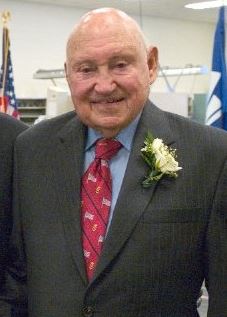 This fast-food chain started with a boneless breast of chicken which is being hand-breaded, perfectly seasoned, and pressure-cooked. They also served gluten-free buns. But, they still make the sandwich in the same way, using the freshest ingredients and delivered with an earnest smile. The smile is a plus factor that will serve as another secret ingredient for a successful business. Cathy deeply loved customers because he maintained that he wasn’t in the chicken business, but the people business. From knowing his customers by name to forming lifelong friendships with his employees, Cathy viewed his business as more than a source of revenue for him and his family; it was a source of encouragement to others.

Cathy often shared that his decision was as much practical as spiritual. He believes that all franchised Chick-fil-A operators and their restaurant employees should have an opportunity to rest, spend time with family and friends, and worship if they choose to do so. This is the reason why they are close on Sundays. 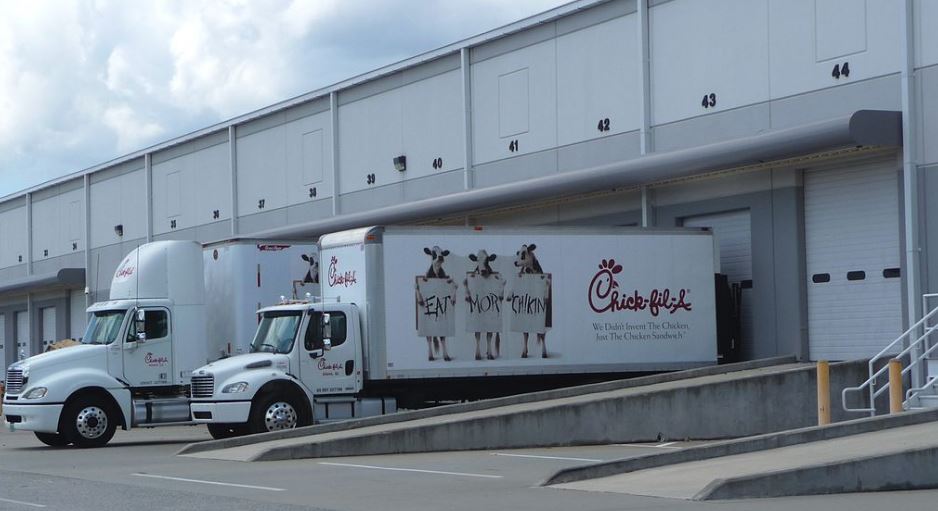 From 1964 to 1967, the sandwich had an expansion to over 50 eateries, including Waffle House and the concession stands of the new Houston Astrodome. In 1967, two years after finally perfecting his chicken recipe, Cathy opened a restaurant that focused solely on the sandwich. This 384 square feet restaurant was situated in Atlanta’s Greenbriar Mall.

The chain expanded during the 1970s and early 1980s by opening new locations in suburban malls’ food courts. The first freestanding location was opened on April 16, 1986, on North Druid Hills Road in Atlanta, Georgia, and the company began to focus more on this stand-alone type unit than on the food court type. Although it has expanded outward from its original geographic base, most new restaurants are located in Southern suburban areas.

In addition, Chick-fil-A developed some unique employee traditions, such as singing songs about how much they love the chain. 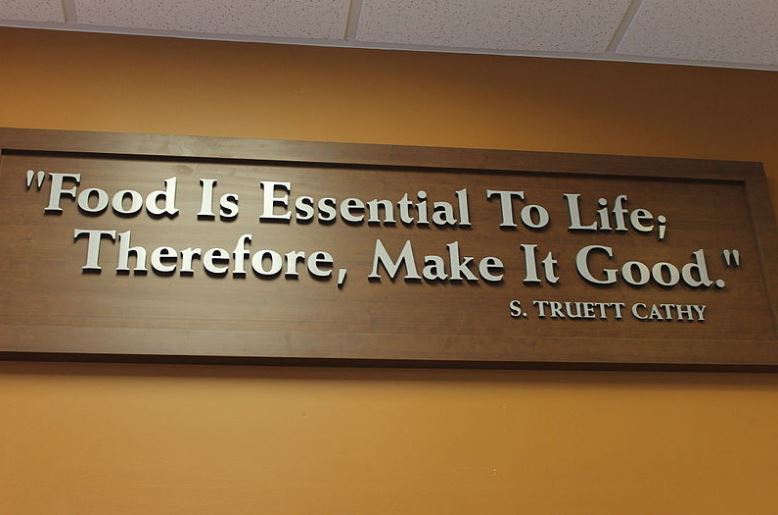 This Atlanta-based company has been the benefactor of the Peach Bowl, an annual college football bowl game played in Atlanta on New Year’s Eve since the year 1997. Also, Chick-fil-A was the principal benefactor of the SEC and the ACC of college athletics.

In 1995, Chick-fil-A launched an ad campaign featuring cows asking people to eat more chicken — and less burgers because of the Mad Cow Disease, which affected the United States in 2004.

In 2008, Chick-fil-A became the first fast-food restaurant to become completely trans-fat-free. It has a plenty of dairy-free menu items. Also, the Chick-fil-A funded a charity called WinShape Foundation.

In 2013, Truett’s Luau opened a Hawaiian-themed restaurant when Cathy was 92. The restaurant, in Fayetteville, Georgia, serves items such as Mahi-mahi, calamari, and chocolate and coconut Haupia pie. In 2014 before Cathy died at the age of 93, he set up a contract with his children stating that, while they could sell Chick-fil-A, the company must never go public. 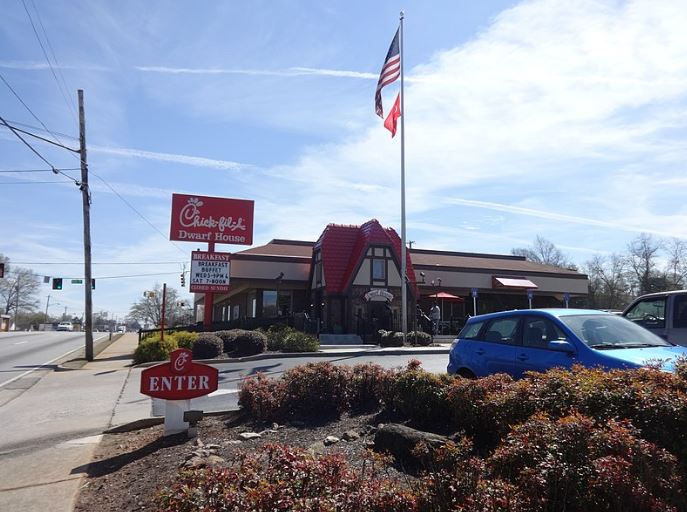 However, the company opened a three-story 5,000 square feet restaurant in Manhattan in October 2015 that became the largest freestanding Chick-fil-A in the country at that time. Cathy’s family has continued his tradition of leadership, including his son Dan, who was appointed as the company’s CEO in 2013, and grandson Andrew. The latter serves as the current Chick-fil-A CEO.

Some interesting facts about Chick-fil-A 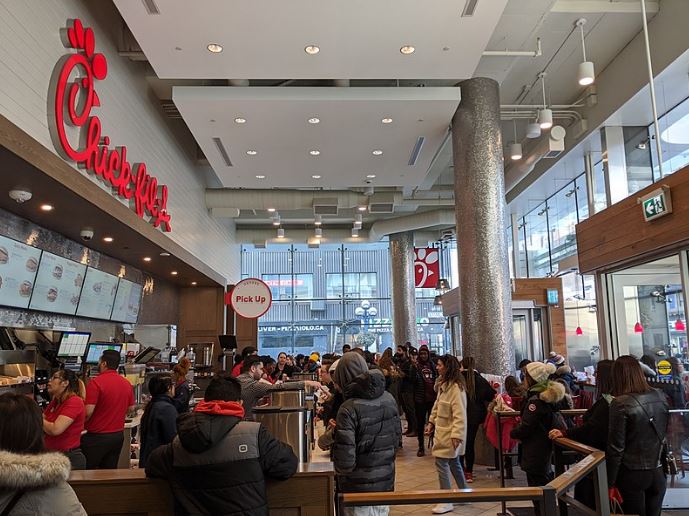